The Linguistic Society of America held its annual conference in Washington DC this week. It was the site of votes on the names of the year and words of the year. Linguists looked at the names and words that were in the news and decided which ones will be used and remembered beyond 2015.

In the past month, other groups have already chosen emojis and ­­­­­­suffixes as ‘Words” of the year. The first organization to choose a Word of the Year was the American Dialect Society (ADS) but this each new year.  As part of the Linguistic Society of America annual conference in Washington, DC, members of the ADS voted on Friday for important new and useful words of the year. Another group, the American Name Society, chose the important names of the year.

Why choose a Word of the Year?

American Dialect Society president Alan Metcalf explains that the group had the idea back in 1990. 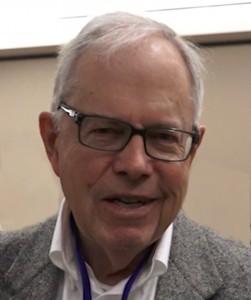 “Every year, Time Magazine does a Person of the Year, and we’re the experts on words, so why don’t we do a Word of the Year? An we gradually developed the procedures for doing it so those who vote on it would take some time to think about it.”

The night before the vote, there is a nominating session. Members suggest words in seven categories: Most useful, Most creative, Most unnecessary, Most outrageous, Most euphemistic, Most likely to succeed and Least likely to succeed.

“And also there is no scientific criteria. It’s just from all the words used during the past year. Which word or words, sometimes it’s a phrase or an abbreviation, but which one really seems to express the concerns and attitudes of the year gone by?”

Since last year, the group included the category Most Notable Hashtag. #Blacklivesmatter was the ADS Word of the Year for 2014.

“It does show how our online communication is broadening beyond what we would traditionally think of as words. We introduced the Hashtag category last year. In fact, the winner of that category, #blacklivesmatter ended up winning the overall vote as well. Even though something like #Blacklivesmatter is clearly a few words that are stuck together in the form of a hashtag, it works as a unit and it has become a unit for expressing political and social ideas.”

Metcalf says that before each vote there is a chance for discussion.

“A lot of people argue for their particular word because they think it is so important.” Sometimes those arguments convince others to vote for a word or phrase.

Here are the words in each category. We have left out phrases that include profanity. Go to the ADS site to see the complete list.

mic drop: definitive end to a discussion after making an impressive point

shade: insult, criticism or disrespect, shown in a subtle or clever manner

they: gender-neutral singular pronoun for a known person, as a non-binary identifier

The winner in this category was they. Although some linguists said the word has been used in this way for many years, the media has been forced to use “they” more often in the past year because of news about the rights of people who identify as transgender.

Zimmer predicted they might win as the word of the year.

“Singular they has the best chance of winning…There’s been a lot of discussion this year about something that has actually existed in the language for centuries, because English does not have a standard pronoun that you can use for a third-person pronoun if you want to remain gender-neutral. Very often it is used to describe a generic person like ‘everyone’ or ‘anyone.’ But what we’re seeing increasingly – which is an interesting new development – is using that pronoun they for a known person people who might actually take on that pronoun as a form of identity – moving beyond the traditional gender binary of the he and she pronouns. And using they for people who identify for instance, as transgender, gender-fluid, or gender-queer, there are a lot of terms for people who consider themselves non-binary.”

The winner in this category was ammosexual.

manbun: man’s hairstyle pulled up in a bun

or nah: question tag expressing that something may not occur

The winner in this category was manbun.

The winner in this category can be seen on the ADS website.

Netflix and chill: sexual come-on masked as a suggestion to watch Netflix and relax

swipe right/left: accept or reject (based on gestures used on Tinder dating app)

The winner in this category was Netflix and chill. An audience member said she felt it is important for parents to understand what their children are talking about when they use this expression.

Most likely to succeed

ghost: (verb) abruptly end a relationship by cutting off communication, in person or online

mom: admiring term of address for a woman seen by younger women as a mother figure

on fleek: excellent, impeccable, “on point”

The winner in this category was ghost. A reason given was that it can be used to describe in-person or online behavior.

Berniementum: momentum behind the candidacy of Bernie Sanders

#JeSuisParis: expression of solidarity after the Paris terror attacks

The winner in this category was #SayHerName. Sonja Lanehart, editor of the The Oxford Handbook of African American Language said this hashtag should be chosen because it is a term that criticizes violence against women. She also likes #staymadabby. Another speaker said the hashtags #JeSuisParis and #LoveWins are about single events, while #Sayhername and #Staymadabby are ways to connect a number of different events to a common topic of conversation.

A packed room full of language specialists gathered for the vote.

Speakers argued for the words they liked. One said that “if we choose microagression people who don’t know about it might ask, What is that? And then they might stop doing it.”

A nomination from the floor said “Thanks, Obama” is not necessary because President Obama received so much criticism during his administration.

This year, emojis were nominated for the first time. One comment from the audience during the vote on the emoji category was that it should not be a category. The group agreed to include them, Metcalf said, because they are pictographic, like the symbols in Chinese.

“Although they are a kind of pictographic language, but you read about them; there are articles about them. After all, Chinese, for example, when written down, is kind of symbolic. It represents not the sounds, but the images. Everyone agrees that Chinese is a language, it’s a written language. So if we get new categories we will have to deal with them.”

Another audience member said “Dadbod is unnecessary because we also have the word, father figure.”

Members who gave arguments for “mom” said it showed respect, in a way similar to how German uses the word “father.”

Five words were included in the final vote for the word of the year:

Ben Zimmer announced the final vote. “The winner without a runoff is singular they! The Word of the Year for 2015!”

Alan Metcalf said there has been argument for over 100 years about the use of “they.”

“I think there is often a false sense that this is the turning point, that from now on this particular usage will be accepted and won’t be argued about. But you look at 100 years ago and you will find the same sorts of arguments, the same sorts of sense that either this is a good way to do things or the end of civilization. I think that 100 years from now they will still be a bit of a discussion point.”

What’s in a name?

Another group, the American Name Society, met in Washington at the Linguistics Society of America conference. The group chose their names of the year in these categories: Trade names, Place names, Personal names, and Fictional names. One of the winners from this category is chosen the overall name of the year.

The winners are: Charlie Hebdo, a trade name that was part of a popular hashtag in support of free speech, #jesuischarlie. 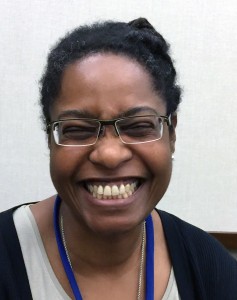 Iman Nick, Ph.D. is President of the American Name Society. She said the choice shows “A single name can be used as a unifying factor for a political movement. In this particular situation it is a political movement to support freedom of speech and freedom of expression.” The winner in the place name category is Denali. That is the new official name given to the Alaskan mountain that was called Mount McKinley. Denali is a Native American name for the mountain.

Nick said “What we have is a discussion over what it is to be an American name. On the one hand, there are some people who decided that an American name has to be by definition an English name. What that has done historically is to deny … the incredible rich history of indigenous languages. It’s a political and social statement of ‘these are our American names.”

The personal name winner is Caitlyn Jenner. A member argued that the American media immediately adopted the name Caitlyn. Another member said, the media reaction to the Vogue magazine cover showing Jenner titled, “Call me Caitlyn” shows the power of a person deciding to change their name.

Nick said,  “What you’ve seen is an individual person who has decided to define the self and doing that in way that before would have been criminalized. This is a person who has stood up against amazing fear and prejudice and intolerance and has taken the power to say, I own the right to declare who I am as a person and as an individual, and then taking that one step further and saying, ‘This is my name.’ … In most societies when a person has a significant change in his or her life, they take on a new name.”

A debate on the fictional name category brought up the new musical about Alexander Hamilton. With hip-hop music, the musical teaches about one of America’s founding fathers.

The winner of the fictional name category is a combination of three character names from Star Wars. They are Rey, Finn and Poe. Members said that these character names will probably become popular baby names, and last for many years in the Star Wars series.

The overall name of the year for 2015 is Caitlyn Jenner.